5 Takeaways from our last 2 Days on the Portuguese Camino (Redondela to Pontevedra, Spain; Pontevedra to Caldas de Reis)

Celtic Fairyland, a Michelin Chef, and the Women of Galicia (Day 5: Caldas de Reis to Padron)

5 Takeaways from our last 2 Days on the Portuguese Camino (Redondela to Pontevedra, Spain; Pontevedra to Caldas de Reis) 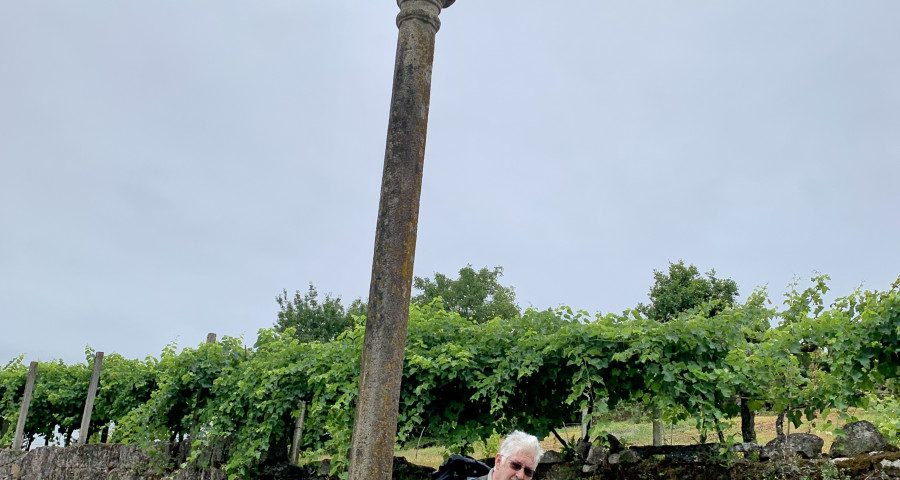 1. We’re seeing more and more pilgrims since the first day in Baiona when we counted only seven. Since the Coastal and Interior Caminos merged outside Redondela, we’ve observed a steady stream of pilgrims on the Camino. We’re actually coming in contact with a few Americans although most pilgrims are from Spain, Portugal, and other parts of Europe. BTW, today we witnessed some 30 ‘bicigrinos’ headed in the direction of Santiago de Compostela. Pedestrian Pilgrims, be aware of your surroundings—those bicycles can be on top of you in the blink of an eye. 😮

2. Weather is everything. Since leaving Baiona, and until this afternoon as we were making our way to Caldas de Reis, the weather had been optimal for hiking. While Galicia is a humid region, we’ve brought with us from California 😉 pleasant temperatures, breezes, and cloud cover. However, this afternoon the sun broke through the clouds with a July intensity we were little accustomed to. This made a lengthy hike that much more challenging. Our advice—wear a hat or some type of protective headgear, use sunscreen and, above all, hydrate.

3. Along the Portuguese Coastal Camino, at least outside the towns and cities, restaurants, bars, and eateries are few and far between. Forewarned is forearmed. Today we were treated to a visual cornucopia of leafy forests, vineyards, and fertile farmland. Yet when the sun appeared and the water ran low, we were still miles away from the nearest cafe bar. You can imagine one bar owner’s surprise to see us guzzling several Kas orange sodas and ravenously consuming one ice cream bar after another. Carry extra provisions to avoid such episodes.

4. COVID has made some relationships awkward between pilgrims. Case in point. During the walk to Pontevedra, my wife, Aurora, in the spirit of the Camino, befriended a young woman. During their time together the woman acknowledged not being fully vaccinated. This can pose a dilemma. Honesty is probably the best policy. Your health depends on it.

5. Marketing a book while traveling the Camino has been pure joy! It has been a great icebreaker talking to pilgrims on the Camino about my book, It’s Your Camino and the Spanish version Es Tu Camino. Perhaps the most satisfying moments are in the small bookshops in the villages and towns where there’s real interest…and conversation. Teresa, a bookshop owner in Caldas De Reis, having read Martin Sheen’s cover quote on my book, beamed with pride, “ Martin Sheen may not be aware but we love him in Galicia. His roots are here.”