A Tragic Order of Knights

5 Takeaways in Our Return to the Camino

A Tragic Order of Knights 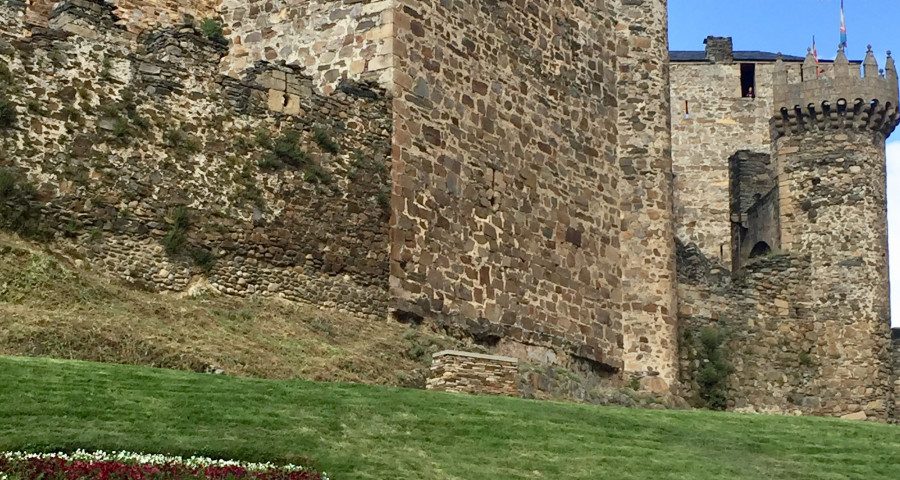 You can imagine my pleasant surprise to receive a Facebook message from someone I’ve admired from afar since my wife, Aurora, and I took our first steps from the French Basque village of Saint-Jean-Pied-de-Port bound for Santiago de Compostela in 2018.  It was Samantha Wilson, a ubiquitous and prominent Camino presence whose CV alone should qualify her for a Princess of Asturias award.  Samantha is a Camino de Santiago Guide, activist and author of The Adventures of a Wild Woman Book Series and A Wild Woman’s Guide to the Camino de Santiago.  So, when someone like Samantha, who embodies the Camino spirit like few people I know, reaches out for a small favor like contributing a Camino blog for the cause, well here I am…con much gusto!

Given a life-long love affair with Spain, you might guess I would have accumulated more than just a superficial understanding of the Order of Knights Templar also known as The Poor Fellow-Soldiers of Christ and of the Temple of Solomon.  But you’d be mistaken.  As a Spanish major and Junior Year abroad student in 1975, the same year the Spanish dictator Francisco Franco died and was buried in the Valley of the Fallen, I spent most of my time in Madrid learning all there was to know about the 16th century Spanish King–Felipe II, the Basque philosopher Miguel de Unamuno, and the intriguing Spanish senoritas whose presence in the university’s cafeteria bar was duly noticed by this American student.

Unfortunately, my knowledge about the Knights was limited to the 2005 adventure movie Kingdom of Heaven with Liam Neeson and Orlando Bloom.  In the movie, these Templars, in their telltale white mantle and red cross, are portrayed as the heavy cavalry shock troops and guardians of Jerusalem during the Crusades.  But as Aurora and I increased our mileage on the Camino, we began to take notice of the real legacy left behind by this tragic order of Knights.

Active for almost two hundred years, the Templars were founded by nine French knights in 1119 as a Catholic monastic and military order although the military role they would play was vastly overshadowed by their commercial branch which, together with the chaplains and non-knights, comprised almost 90% of the Order.  That Order of Knights quickly began accumulating land and staggering wealth and was soon generating Letters of Credit throughout Europe.  Historians now consider the Templars the first ‘multinational corporation’ and a harbinger of the modern-day Western Union.

The Knights Templar could not only be found protecting pilgrims visiting the Holy Land, but they soon became embroiled in the Reconquista–a centuries old conflict between Spanish Christians and Moors (Muslims).  Their presence on the battlefield was critical and turned the tide for the Christians armies who were eventually able to bottle up their enemies deep within southern Spain.  However, as if the Templars were not stretched enough during military campaigns in Jerusalem and Spain, they were also entrusted to protect the hundreds of thousands of pilgrims each year on the Camino de Santiago de Compostela.

Hermitages, churches and even castles were constructed or commandeered by the Knights to offer refuge, safety and protection from the elements, predatory animals such as wolves and human predators such as bandits and con men.

As we continued our march westward on the Camino, we came upon three fascinating edifices with ties to the Templars: 1) the Temple of Santa Maria de la Blanca in Villalcazar de Sirga–a World Heritage site 2) the Romanesque Parish Church of Rabanal del Camino and 3) the imposing and impregnable Castle at Ponferrada.  There are other architectural examples along the sacred pilgrimage route but these three had a special allure.

Sadly, over time our Knights Templar became so successful and so powerful, they drew the inevitable scrutiny and envy of the French King and Pope Clement V who decided to disband the Order–violently.  It was not a pretty sight–some members were burned at the stake after trumped up charges, others found haven in nearby countries such as Portugal while still others were absorbed in other military orders like the Hospitallers of Saint John or the Order of Calatrava.  Templar lands were confiscated and doled out to rival Orders.

It was a swift ignominious end to what was once considered a monolithic religious, economic, and military order of Knights which, like a flaming meteor, lit up the night sky with a blinding brilliance only to vanish into the ether of history.