The priest raised the sacred host to heaven at the very moment the zealot slammed his fist down onto the makeshift altar’s wooden crucifix splintering it into a dozen pieces. Several Catholic [1]TCNs, (Filipinos, Lebanese and Indians) attempted to subdue the man who was ranting at the bespectacled priest from America.

Many in the congregation stampeded to the exits causing pandemonium.  A Lebanese-Christian slipped and tumbled before the doorway causing a massive pileup.  The American priest from Merrill, Michigan, found himself warding off blows from the fanatic Pakistani as the chalice fell to the ground.  All blood drained from the priest’s face as the enraged young man buried his shoulder into the cleric’s mid-section and drove him to the floor.  Pandemonium ensued with several in the congregation trying to restrain the enraged Muslim while the Saudi police separated the parties.

Somehow, most of the dazed worshipers were able to escape the raid fleeing to the city streets and well clear of the half dozen green and white Chevrolet police cars outside the villa.

Working in tandem Saudi law enforcement officers and the religious police subdued and handcuffed the middle-aged priest.  The police informant they called Ali, picked up the wooden remains of Christ on the Crucifix and handed them to the police captain.  It would serve as critical evidence against the priest. As an afterthought, Father Paschal’s glasses lay shattered on the floor.

What occurred in Riyadh that Friday morning was not entirely unexpected.  Rather, given the orthodox pedigree of the host country and the tense legacy from the rebel uprising in Mecca five years earlier, one might consider it inevitable.  Father Paschal Siler was a dedicated Capuchin priest who not only served the needs of American expatriates from our desert compound but also Catholic TCN’s within the inner-city environs.  It was this stubborn devotion to the latter group that compelled the Saudi authorities to act.

At the time, it was not unusual for the larger multi-national American companies in Saudi Arabia to discreetly provide for the spiritual needs of their employees.  As a rule, Islam is the only religion practiced in this, the holiest of Islamic countries which contains the sacred shrines of Mecca and Medina. And it is here in Saudi Arabia the small but fanatical religious [2]Mutawa, keep the more progressive elements of Saudi society in check.  However, knowing that expatriates were not only indispensable to running their country but were furthering their development goals, the Saudis had made subtle concessions to the worship of Christianity in their country.

One of these included a tacit agreement by the Saudi government to allow clergy to be embedded in certain companies.  These clergy would assume an appropriate work title or “cover” —Father Paschal’s visa identified him as a ‘teacher’ with the Aramco Oil Company—and that any religious gatherings be private, modest in size and avoid the proselytization of the local Muslim population.

For the most part, this agreement kept the parties reasonably satisfied.  However, in the late 1970s several Mormons from a Saudi American joint venture company in Jeddah were forced to leave the country after it was alleged, they had attempted to recruit Muslims to their faith.  After this incident, it appeared the religious police were anxious to crack down on the foreign population fearing a heretical religion might take root in their country.

Sandra Mackey, in her iconic book Saudis: Inside the Desert Kingdom described the relationship between Christians and the Saudi government as ‘unpredictable’ and a ‘tug of war.’ “Rules were laid down. The Christians accepted the restraints and then often breached them either through overconfidence or error. But more often, (Saudi) government policy zigged and zagged through the minefield of the House of Saud’s own political agenda.”

It was clear Father Paschal had courted danger during his tenure in the Kingdom.  While our own weekly religious gatherings with the priest at the expatriate compound was purposely small and cloistered from our Saudi hosts, some gatherings of TCNs in Riyadh were less so.  TCN Christians could be passionate about attending religious services and would travel far and wide to participate.  Their numbers at such services tended to swell thereby attracting unwanted attention.  Father Paschal was cognizant of the warnings about tending to the spiritual needs of TCNs.

Some say the priest let his guard down by returning to the same venue and the same congregation from earlier weeks.  Supposedly, it was at that time Father Paschal and his congregation came to the attention of Ali.  Reliable sources said during the week leading up to the arrest, Ali had been heard threatening work colleagues and boasting he would expose the Christian service.  This intelligence had made its way to Father Paschal who brushed off the threat saying it was his duty to serve his fellow Christians.  He would not be cowed by one Islamic fundamentalist.  Indeed, Father Paschal had often reminded us that we were much like the early Christians of the ‘catacombs’ and should remain courageous in our faith.

Our familial group of worshippers gathered that Friday morning at the chief engineer’s apartment.  Father Paschal was running late.  One hour passed, then two.  There was a phone call answered by a fellow Christian from San Antonio, Texas who turned to us and, in a tremulous voice, stated that Father Paschal had been arrested by the Saudi police earlier that morning while celebrating the Mass in Riyadh.  The Texas engineer asked us to join him in the ‘Our Father’ prayer for the safety and well-being of the Michigan priest.  A woman and her daughter began crying.  Another expatriate advised us to steer clear of the matter and let the company intercede on Father Paschal’s behalf.   We left the apartment that morning deeply troubled and concerned.

During the following week a rumor began to circulate that Father Paschal had been [3]tortured by the police and had given up a ‘little black book” filled with the names of his congregation.   Many of us envisioned and feared the dreaded knock on the door followed by arrest and deportation.

After three weeks, the Catholic priest was deported to the United States turning up in the Capuchin Franciscan Province of St. Joseph in Detroit, Michigan.

The spiritual glue which held our Christian community was no more.  We continued with prayer services over the next few weeks, each week revealing fewer and fewer people until it was decided to suspend the services altogether.  It had become too dangerous to continue. Many were fearful of losing their lucrative overseas jobs.  Others opted to worship in the privacy of their homes with family or close friends.

Father Paschal was aware of the consequences and knew what he was doing.  A mere several weeks before his arrest, we had spoken about it at lunch after a church service in our apartment.

“I’ve lived with ‘uncertainty’ all my life.  At birth I weighed less than 3 pounds.  Believe it or not I was fed by an eye dropper and had to be warmed near the oven to survive.  My time here tending to the needs of our congregation is also uncertain.”

Father Paschal died in 2021.  His obituary read in part:

“Fr. Paschal Siler served as pastor of St. Francis D’Assisi Parish in Detroit, Michigan from 1988-1993.  He later ministered on Montana’s Northern Cheyenne reservation for almost twenty years serving the Crow and Cheyenne tribes. He also served in the Middle East, pastoring 50 communities with parishioners from nine different nations. As there were no churches, people would gather in homes and in compounds to celebrate their faith.”

Fr. Paschal shared little about his arrest and deportation with his fellow Capuchin friars.  He was not one to dwell on the past. Ironically, the US Embassy provided scant support for the American priest in his time of need.  Rather, it was the Italian Embassy and a Middle East Catholic [4]Bishop who negotiated an expedited deportation of the incarcerated priest.

Kenneth R. Strange Jr. is the author of “It’s Your Camino: One Couple’s 500-Mile Pilgrimage Across Spain” and an upcoming memoir “A Cop’s Son: One G-Man’s Fight Against Jihad, Global Fraud and the Cartels.”

[3] There was never any evidence to corroborate that Fr. Paschal was mistreated in jail.

[4] The bishop may have been Giovanni Bernardo Gremoli, Apostolic Vicar of Arabia and a Capuchin. 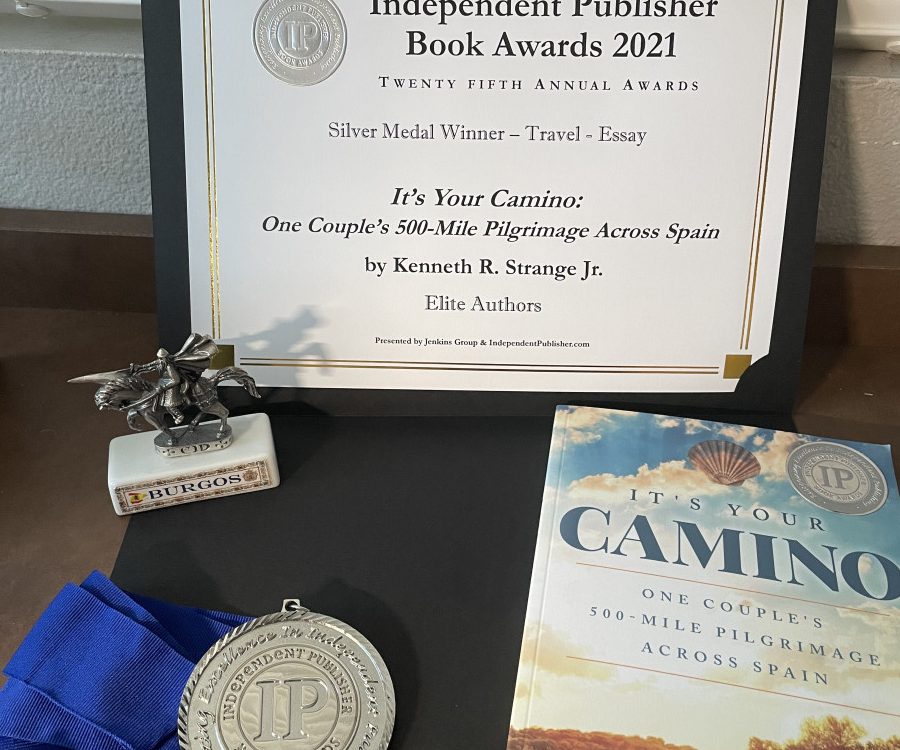