Touching Base with America’s Pastime 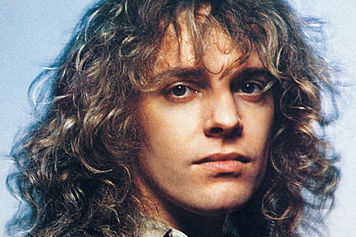 It was a week ago Friday.  We decided to stay home and, instead of watching TV, we dialed into YouTube and selected some of our favorite artists.

We bounced around with music from the 70s and came upon Peter Frampton.  Wow!  Frampton.  Now there’s a name for you–the British kid with the Frampton Comes Alive double album who blew away the competition.  Who soared like an eagle but then crashed and burned..only to rise up from the ashes and re-invent himself.

Peter Frampton was my rite of passage which still evinces happy thoughts and memories.

Give credit to my high school friend, Steve Liebau, aka Beast, for introducing me to many of the British rockers at the time–Robin Trower, The Who, Frampton, etc.  Beast (RIP) always had great taste in rock music.

It was August 24, 1975, and Frampton was playing the Commack (Long Island) Arena.  I’m not sure who purchased the tickets but I am assuming it was Beast. Also in tow was Steve “Flip” Ferrone.  It so happened that the following week I would be heading to Madrid, Spain as part of a Junior Year Abroad program.  This would be quite a sendoff.

It’s been such a long time (33 years) but I remember there were two opening acts prior to Frampton’s–veteran performers Rory Gallagher, the Irish guitarist, and Alvin Lee of the blues rock band Ten Years After.  The stadium was packed and there was certainly excitement (and other stuff) in the air.

We arrived at the tail end of Gallagher’s performance which was good, but not spectacular.  Alvin Lee was a ‘different animal’–this square jawed guy could play and was the consummate showman, hips gyrating to the sound of his guitar.  This got the crowd revved up for the main show of the night–a newcomer to the American rock scene–a 24-year-old marquee performer named Peter Frampton.

In the meantime, in the darkness of the arena, I had a Bill Clinton like experience (no, not that experience!).  I swear I never inhaled!

I was introduced to Frampton in the fall of 1973 by my college dormitory resident adviser.  He handed me a vinyl album which featured the tragic figure Billy Marriott and the band Humble Pie where Frampton was the guitar player and Marriott, the singer, hit notes that are still talked about in rock circles today.  Frampton had a short but brilliant run (almost 2 years) with Humble Pie before Rockin the Fillmore (San Francisco) came out.  By that time, Frampton had gone solo.

Back to the Commack Arena. Recording crews stood ready to capture Show Me the Way and add it to the Double Album.  And, if you listen closely, you can hear the three of us screaming (among thousands) in the background.

When Frampton leaped onto the stage from a higher platform, the place exploded in a frenzy with the song Something’s Happening. The music was like electricity surging through my body–It was an incredible rush. And the hits kept coming.  Favorite song of the night–Lines on My Face.

I’ll never forget that concert and the two guys I shared it with.

In later years, I Wikipedia’d ‘Frampton’ and was pleasantly surprised to learn his middle name is Kenneth.  How cool is that!  And it kept getting better–Frampton was from Bromley, Kent, (England) the same village where my great-great grandfather, Charles Barter Strange, hailed from.  And Peter’s father, Owen Frampton, was a teacher, like Charles Barter.  Incredible.  It gets better yet–Owen Frampton fought in World War II at Monte Cassino, the same battle where my Uncle Artie fought.  And… David Bowie, aka David Robert Jones, moved to Bromley in 1953 and attended the same school as Frampton where they became close friends.  OK, enough of this ‘six degrees of separation.’

Have a good weekend. 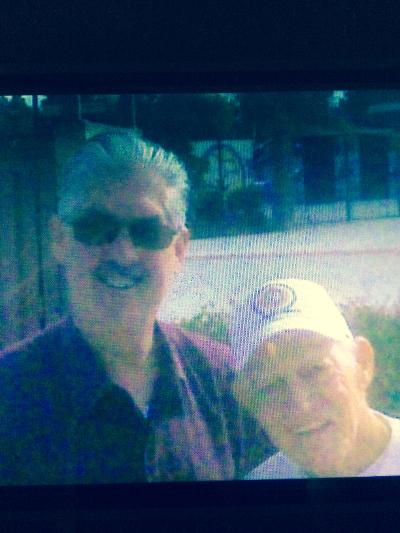 Me and Sparky (Anderson)