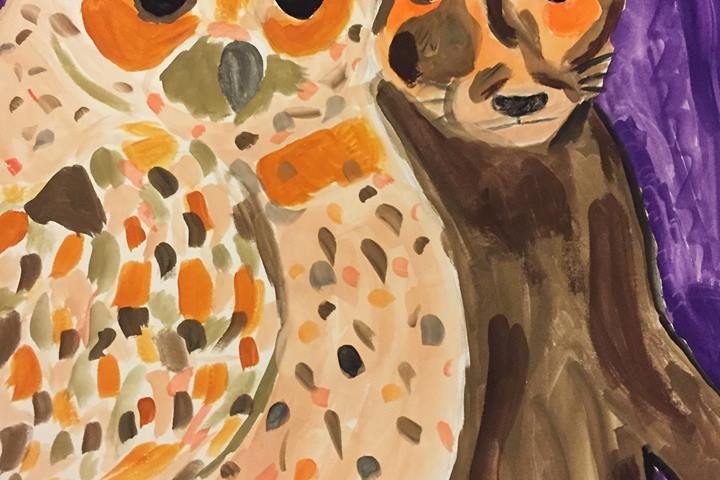 With daylight receding and my wife in the City of Angels, I found myself debating where to exercise. Trudge up neighboring Tarantula Hill for a scenic view of the Conejo Valley? Head off for a staid elliptical workout at the nearby gym? Or the last resort of a not so challenging jog around the block?

Some unspoken force within me made up my mind–I’d drive over to the gently rounded hills and canyons of the Cheeseboro and Palo Comado trails and find a familiar path to follow.

The sun had already vanished behind the undulating blue hills and, as I entered the park, I acknowledged the sign–“The Trails Close at Dusk.” A lone coyote in overstep trot could be seen crossing Chesebro Road.

There was one car remaining in the parking lot; a pair of mountain bike riders were on their last downhill leg on the dirt path. They seemed to be in a rush to find the park’s egress.

Yet here I was breaking all the rules, both man-made and internal. I was stubbornly determined to finish the day on a shorter but less frequented trail. Within five minutes I had veered off the main trail and began descending a dark forest of gnarled and twisted valley oak trees. The recent Woolsey Fire had swept through the area like a blow torch leaving many of the trees blackened and scarred for life. It gave off a chilling vibe.

From the left side of the trail, in a copse of trees, the chattering sounds of acorn woodpeckers.

My heavy steps, hard breath and oscillating shadow spooked a barn owl from its tree perch. In the oak savanna, I saw the eerie silhouette of its massive but silent wings carrying it from one tree to another.

With the late fall darkness accelerating I could barely make out the cinder remains of what was once the historic Morrison Ranch House--razed to the ground by the recent conflagration.

In the distance, I spied a shape, like that of a dog, loping from one side of the trail to the other. It appeared to be a ghost–that of a coyote.

As I was about to arrive at the spot where the coyote had passed, I peered off to the right beneath the blurry canopy of trees only to catch sight of my greatest fear–a mountain lion. However, as my brain quieted down, I could see the cougar was, in fact, a large coyote. I felt relief, exhilaration and a lingering fear.

With the hasty retreat of sunset’s afterglow, I reached for the iPhone flashlight and armed myself with the branch of a fallen tree. In the absence of light, I was completely out of my element. The forces of evil and wickedness would be much at home in this place.

I was now the intruder. The creatures that lurked in the darkness, real or fictitious–the owl, the coyote, the mountain lion, all ruled the night. Breathless, I pushed myself to run faster so as to exit the gloaming blackness and reach the clearing.

That I have left this story behind is evidence enough that I survived what some might judge to be a reckless foray into a dark wood. Yes, I had managed to control my fears and now better understood Dante’s allegory of the dark forest, Hansel and Gretel’s abandonment in the woods, and the shadowy aspect of nature. But in creating my own danger, in playing Russian roulette with my fears and anxieties, was I not tempting fate? And yet, to be afraid is to be human. To be human is to be alive…