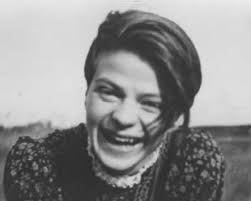 When the author joined the Siemens Corporation in 2010, he was temporarily assigned to Munich, Germany where he learned about the little-known homegrown resistance to Hitler and the Nazis.

Cold and dreary, a slate sky hung over the city.  Snow lay in patches on the ground. Europe’s continental winter refused to loosen its icy grip on the German state of Bavaria.  It required a disciplined effort to remain awake before lunch.  I felt the 18th century Prussian walls closing in, until Herr (Mister) Garms knocked on the office door.

Part of the Global Compliance Unit, Eckhardt Garms was in the twilight of his Siemens career.  Lean and balding with a countenance which invited few to know him well, he was reserved but commanded respect from his younger German colleagues.  Some of the Americans among us, however, casually called him ‘Eckhardt’ in a shrill accent which caused him, at times, to wince.  As cultural point of respect, I properly called him “Herr Garms.”

However, as is my genial nature, I made it a point to know him better.  When we first met, I mentioned my keen interest in history, especially that of World War II.  Herr Garms conceded his father had fought with the German armies on the Russian front.  I commented it must have been a brutal experience.

Herr Garms spoke English well, albeit with a German accent.  That day, he poked his head in my office and asked if he was disturbing me.  I shook my head, “Not at all.”

“Well then, if you don’t have any plans, I would like you to join me for a walk…and see a few things.”

Without hesitation, I reached for my coat and scarf and tried catching up to him.  What did he have in mind? I picked up my stride to match his as we exited the Ludwig Ferdinand Palais Headquarters building at Wittelsbacher Platz, an iconic edifice that once housed Bavarian royalty.

Herr Garms walked with singular purpose as he began describing the cradle of Nazi Germany–pre-war Munich.  He pointed out buildings which, at one time, were appropriated by the Third Reich.  He also produced black and white photos of long-gone Nazi buildings and stadiums while describing their significance.

“Many of these buildings and monuments were destroyed during the war by your bombers,” he stated clinically.

“Sorry about the bombers Herr Garms.  War must be hell.”

He remained silent pressing forward into the cold air.

We turned left onto Karlstrasse, where buildings that had housed the Hitler Youth Group remained intact.

“And this building which is now part of the Lutheran Church in Bavaria, was formerly the Reich’s Press Office.”

Turning north on Karolineplatz, I was shown the former offices of the Nazi Supreme Court, now the administration building of the Bavarian State Lottery.

It was hard to reconcile today’s Munich with the dark years prior to and during the war.

For a moment, the sun peeked out from behind the clouds and revived my spirits.  We now found ourselves in a bustling area with gingerbread restaurant buildings and bars.

“Are you familiar with Hitler’s Beer Hall Putsch?”

“Well, we are standing in front of what was once the Burgerbraukeller, a beer hall where the coup attempt by Hitler in 1923 took place.  About a thousand of Hitler’s followers marched to this place where they were confronted by police.  When it was over, four policemen and sixteen Nazis were dead.  Hitler avoided arrest but was later captured and put on trial for treason.”

Herr Garms pointed to a plaque on the wall of the building.  It was in German which he translated, “It honors the four policemen who were killed during the confrontation with Hitler and the Nazis.”

Herr Garms marched on, challenging me to keep up the pace.  Although I was still processing the visit to the site of the Beer Hall Putsch, he had another surprise for me.  He then revealed a part of German history which took me completely by surprise.  We had found our way onto the campus grounds of Ludwig-Maximilians University of Munich, the buildings as drab and gray as the weather.  However, he pointed out something curious.  There at my feet, were bronze replicas of leaflets embedded in the cobblestone pavement.

Herr Garms spoke nary a word.  There was no need. The leaflets spoke volumes.  For daring to distribute anti-Hitler leaflets at the university, for daring to challenge the Third Reich, Sophia Scholl, her brother Hans and the rest of the White Rose student resistance group stood alone against Hitler.

My German colleague announced, “We are standing at the place where Sophia Scholl tossed her leaflets into the air as she was captured.”  Her punishment (and that of Hans) by the Nazis was unusually cruel death by guillotine.

Her final words filled me with lingering sorrow, “It is such a splendid sunny day, and I have to go.  What does my death matter, if through us, thousands of people are awakened and stirred to action?”

Sophia Scholl was only 21 years old.

I walked away in stunned silence, haunted by this young woman who dared challenge Hitler and the German war machine within its own lair.

Herr Garms turned to me and said, “So you see, not all Germans stood by.”

I didn’t quite know how to respond.  Instead, I nodded and thanked him my voice trailing away.

And then with few words between us, we turned into a raw wind and headed back to work.