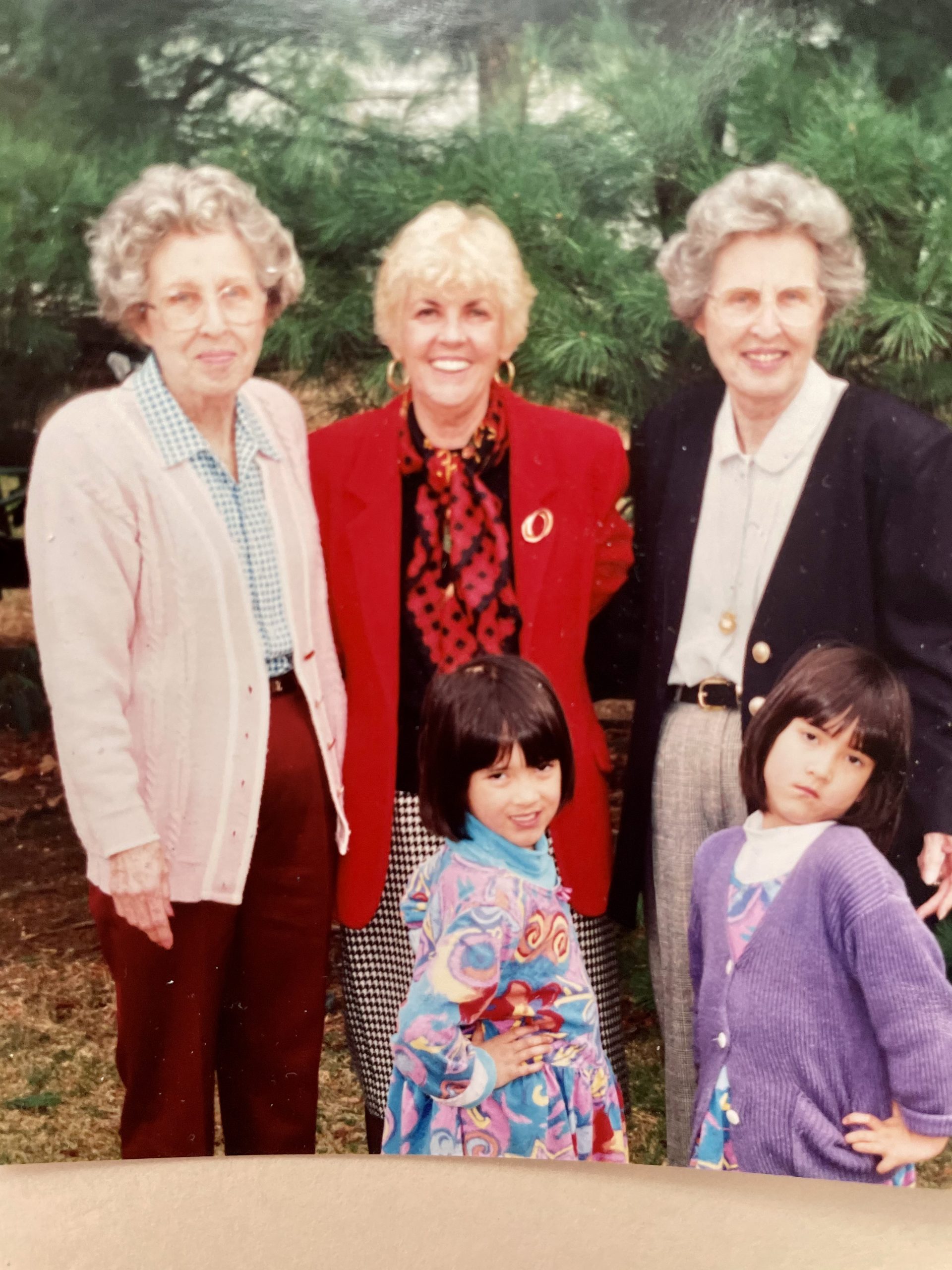 My mother was a gentle soul. Overly protected by Irish American parents, she was taught to be polite, demure and avoid Norwegian-American boys in their Brooklyn neighborhood at all costs. This was indeed amusing because whenever I asked why, she would say these boys were ‘given to drink.’

“But Mom, isn’t that the reputation we Irish have?”

Mom’s silence was an indication to move on… to another subject. During our talks she might wax melancholy about the Irish ‘Tinkers’, the infamous ‘Black and Tans’, the Irish ancestor who had become a Pony Express rider in the American West and her maternal forebears’ homeland in County Sligo. But there was something palpably missing in her life–a sentiment, a yearning to find closure on what was a family tragedy.

When she spoke of it, tears would well up in her hazel eyes and she would describe the untimely death of another gentle soul, Gertrude, her Aunt Gertrude at the tender age of twenty-four. Gertrude was one of two girls in a family of strong men–she was loved and protected by the rough and tumble brothers of the McGuire clan. Her older brother, Andrew, a Passionist priest, doted on his baby sister and, of all five brothers, was closest to Gertrude.

My mother would then lay out photos of Gertrude as a young girl receiving her first holy communion. She was indeed angelic looking–cherubic face, long curls, rosary in hand.

“So when she died in childbirth at such a young age, the family was distraught. There was so much pain…my mother could barely speak of it,” my own mother said in a quavering voice, a tear now running down her cheek.

She took a moment to compose herself, nodding, wiping away the tear, then continuing, “But the twin girls, Mary and Ellen, were her blessing to the family.” My mother showed me several dog-eared black and white photos of the young girls sitting on the lap of their stoic Irish grandmother, Catherine Scanlon McGuire and playing in a park near their home in Hoboken.

“What followed was heartbreaking.”

As a young boy, I was all ears.

“In their pain and sorrow, the McGuire family filed for custody of the twins. Their reasoning was “how could a father raise two baby girls by himself?” It was a bitter landmark custody case, which eventually, and not surprisingly, the family lost. And when they lost, they lost everything. In his own hurt and anger, the father took the twins and never looked back…was never seen or heard from again.”

The family was left with these few haunting photos. As my mother placed the photos back in the album, I impulsively promised to find these identical twins. I would do anything to remove my mother’s pain.

“Wouldn’t that be nice,” she ruminated as we both returned to this thing called life.

Not to wear out the iconic line uttered by actor Liam Neeson in the film Taken, but during the course of my career I was able to work on and perfect a ‘a very particular set of skills’–that of finding people. I found people who wanted and didn’t want to be found, I found fugitives from justice and people who had dropped off the radar, some of them hardcore Luddites. Even in semi-retirement, as a Private Investigator, I am still finding people–one of them was on the brink of jumping off the Golden Gate Bridge–literally! You can imagine how happy his family was to get him back.

In 1992, in my mid-30s, I thought back to the story of the twins. If I wanted to keep that promise to my mother, I knew time was running out. Those twins, if still alive, would be in their early 70s–nine years older than my mother. So began a methodical and earnest search for my septuagenarian cousins. I began with their father and discovered his obituary in a newspaper article dated June 20, 1944. A veteran of the First World War and graduate of Rutgers University, John had re-married and enjoyed a long and successful education career becoming the principal of a high school in another part of New Jersey. Not only did the obituary list his final residence but It also showed his children as Mary and Ellen. Given the new geographical coordinates, I honed in on several high schools near the residence.

In early spring I drove out to West Orange High School where the twins might have attended school. I was greeted by the school administrator who, after I told him the story, seemed as interested as me in solving the mystery. In the school’s library, we pulled several year books from the late 1930s off the shelf–they were in pristine condition–and within 30 minutes, there they were–Mary and Ellen side by side in their 1937 Senior photos. Both were nicknamed “Twinny”; Ellen’s Secret Ambition read “Not to be asked which one are you?” Her sister’s byline said, “She radiates happiness, and those Who are near her are made happy too.” We certainly must be related I thought–the yearbooks shows they both played basketball and were in the Spanish club.

I recall trying to calm the administrator down–he was thrilled to have assisted in the discovery.

The yearbook described the twins as good students and athletes, faithful friends. This was all good and, somehow, comforting. However, I was still at an impasse until the ‘out of breath’ administrator called me a few days later.

“Ken, I have a phone number for one of the twins.”

“Turns out twin Mary belongs to the Alumni Association and is still active.”

The phone call to Mary was something I will never forget. I would be lying if I said I wasn’t anxious–although seventy plus years of water had gone under the proverbial bridge would they be interested in meeting us after a bitter controversy dating back to the 1920s. I was about to find out.

There was a point during our conversation where I wasn’t sure–Mary seemed surprised, almost suspicious, and blunt.

“Why are you looking for us?”

Everything hung in the balance, “I guess I’m reaching out to you and your sister for closure–for my mother…and I suppose for me.” There was a pregnant pause which I hastened to fill in, “by the way Mary, I have twin girls.”

It was the turning point in our conversation. Mary suddenly wanted to know more about my five year old twin daughters…about my mother…about me. Toward the end of the call, we made plans to meet.

I could not have scripted the reunion any better. What I saw and what I learned that Saturday afternoon was amazing–Mary, Ellen and their families lived next door to each other in Bayville, Long Island (40 miles from my parents) and had married twin brothers named Flanagan. Several Flanagan family members were in attendance to greet us. But it was really my mother’s special moment. She hugged her cousins until I thought she wouldn’t let go.

“Yes, she is girls…those are tears of joy.”