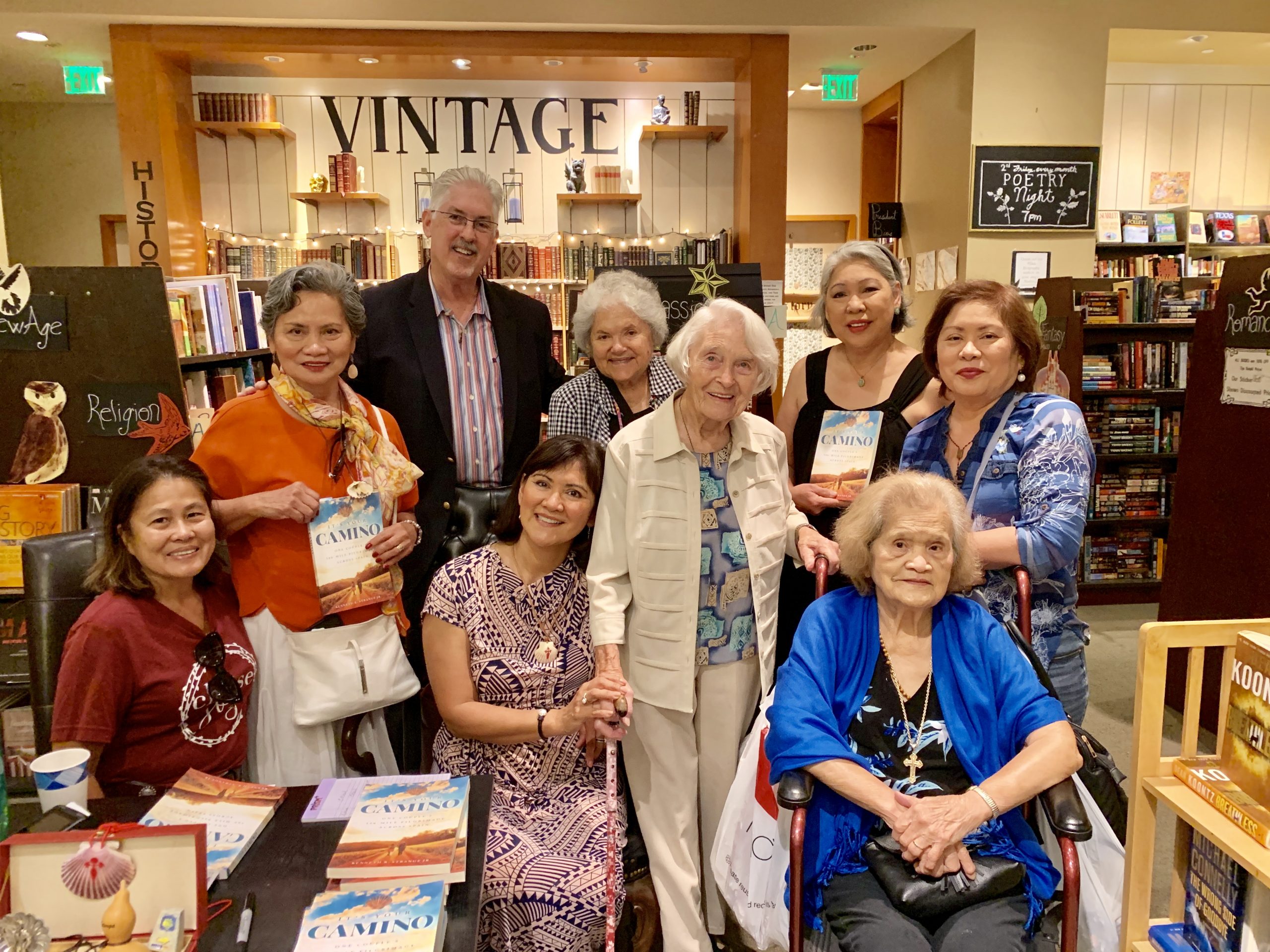 Pity the poor person who wakes in the pre-dawn hours and decides to follow so many loose and disjointed thoughts into the rabbit warren of the past. Which is where I found myself amidst the shadows and the aurora. Perhaps it was triggered by the loss of Janet, our faithful friend and neighbor from church who, my wife reminded me, joyfully attended our book launch and signing last year, then followed us a week later to my Ojai Library presentation, sitting in the first row and beaming with pride as I spoke–all this at age 87. I kiddingly called Janet and her best friend Maria, a 96-year-old Austrian immigrant, our ‘groupies.’ How could you not love such women? I can still see them in the ice cream parlor post presentation with their celebratory ice cream cones melting in their worn hands–Janet with her shocking double scoop of strawberry and vanilla–relishing it like a schoolgirl.

From there a most unusual thought, like kelp loosened from its sandy mooring and slowly rising to the surface after many years–a vision of a child stuffing pieces of cardboard into shoes, shoes whose soles had been worn away by city streets. Dress shoes or sneakers, either one, over time, the holes appeared and, approaching my parents, I beseeched them for a replacement pair. More often than not they shook their heads, gently chastising me for expending so much youthful energy in the street or in a schoolyard, asking me to wait another week…or two…until they found the money. At times, they helped me fashion a neat fitting piece of cardboard until that, too, disintegrated into the socks which might also disintegrate into the feet. If I complained, my recently deceased father would gently chide me, “I used to complain about having no shoes, until I saw the man with no feet.” His words would remain with me my entire life. In fact, I quote from him whenever I have the chance.

Although we were paycheck to paycheck poor in our tiny Brooklyn row house, we were happy. And so were the people on our block and in our neighborhood. Those new shoes–well they’d have to wait.

I felt alone in recalling this bittersweet sliver of the past…my wife slept soundly. My siblings on the other side of the country might understand. We began this adventure of family together. Would they remember? Or would they see me as succumbing to an Irish melancholy?

We lost the Prince of the City recently–the prolific, gracious and talented novelist- journalist Pete Hamill. I’ve always enjoyed reading books, marveled at the way some people could tell stories and, therefore, made a point to budget time at the local public library on the corner of Flatbush (Avenue) and P (Avenue). From there I decided to write…something which continues to this day…to this very moment. However, one day, as a freshman in high school, a friend asked if I was going to see Pete Hamill speak after school.

“Who is Pete Hamill?”

“Strange, your ignorance astounds me.” And by the time he finished with Hamill’s bio, I was committed to joining my classmate at Hamill’s lecture.

A nicer person you couldn’t meet. Although the size of the group was not commensurate with his growing status, the Irish American journalist jumped right in sharing his passion for writing about the city’s underclass and worthy causes filling us with inspiration and awe of what he had accomplished in his young life. He made such an impression on me, on all of us that day, I would never be the same. I knew of Hamill’s reputation as journalist but years later, while living overseas, I borrowed one of his books from the US Embassy library–a collection of short stories about New York City. Each story was personal, gritty, lean, and beautiful. I was astounded by his honesty and convinced myself to attempt a similar book. I intend to keep that promise.

Last year, after publishing my first book at the tender age of 60 something, I impulsively penned off a letter thanking him for spending time with us Brooklyn NY students in 1970 and acknowledging the difference he had made in my life. I hope he had the chance to read it.