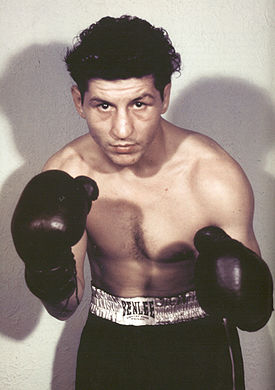 Middle-Weight Champion of the World

Just when we were to emerge from the specter of the “invisible enemy,” it seems to be lingering, toying with us.  We’ve been asked by the politicians once again to hold off from the gym, from church and, most importantly, the hair salon for another three weeks.

On the plus side, it’s given me some time to tinker on things I can’t always get to, like my Ancestry Tree or even this blog.  Today, the editors sent back the Spanish version of my first book, [1]It’s Your Camino: One Couple’s 500-Mile Pilgrimage Across Spain with corrections.  Hopefully, we’re all on the same page now and I can download the manuscript on Amazon.  At least this time, I’m not so much in a rush!

I’ve also been able to go through the draft of my memoir, A Cop’s Son: One G-Man’s Fight Against Jihad, Global Fraud and the Cartels.  I’m now on my second (of ten) edit.  You’d be surprised how much you can improve a manuscript with a series of edits.  In one case, I was able to eliminate what I thought was a juicy fact which turned out to be wholly erroneous.  That’s the beauty of editing.

But let’s take a hard tack to starboard.  Last week a family member called me to say she was confused and upset.  She had been talking to an acquaintance who was excited, practically rabid, about a newly found political affiliation and now attempted to recruit her.  It went something like this:

“This is our chance.  Now is the time…we can change the world. Have you thought about joining our movement?”

My diffident relation hemmed and hawed, apologized for not knowing much about politics or the cause.  However, that was unacceptable to the zealous activist who sternly gave my relative a choice.

“Either you’re with us or against us!”

Which brings me to the gist of this story.  Bullies and fights seem to go hand in hand—they have been around since man crawled out of the mire. As a child growing up in Brooklyn, my father acknowledged his school had its fair share of bullies.

Carmine Orlando Tilelli was perhaps the most pugnacious of school bullies who roamed their hallowed halls—he had left quite a few boys sprawled out in his wake.  If Carmine smelled your fear, you became the latest victim.  My father knew that…he also knew it was just a matter of time before Carmine took an interest in pummeling him.  So, when Carmine called him out in front of a crowd, he was ready.  Carmine never saw him coming.

“I was angry at him for beating up people for little or no reason.  There was no way he was going to do that to me.  As Carmine readied his fists and went into a crouch, I rushed him.  What I remember is Carmine was unprepared for the sudden aggression…it was he who normally dished out the punishment.  But I got in a few good licks before he battled back with counterpunches.  The guy could throw a punch.   We landed on the deck before it was broken up.  I was a mess, but so was he—he had a bloody lip, I had a shiner.”

“Frankly, it was too risky and that’s not the way bullies operate.  They go after the weak and helpless—the easy marks.  Not surprisingly, Carmine continued letting his fists do the talking and found the perfect outlet for his aggression—in the boxing ring.  You see, I knew him as Carmine Tilelli but the boxing world knew him as [2]Joey Giardello, the middle weight champion of the world.”

[2] Giardello had a record of 98 wins, 26 losses and 8 draws.  He is in the International Boxing Hall of Fame. After boxing, he devoted his life to working with the mentally handicapped and the Special Olympics. He had a son with Down’s Syndrome.