“A Missing Person is not the same as a death. It cannot be grieved over and dealt with in the same way. Instead it becomes something lived with day by day.” (Ann Mulrooney, sculptor of the ‘Monument to Missing Persons’)

A pair of familiar ladies on horseback greeted me as I struggled to find a suitable jogging pace on the winding dirt trail. A week in Dublin will do that to you. I was more than happy to be home, the warm California sun caressing my face. The Santa Monica Mountains were the one place I could reflect and make sense of the previous week– a week spent searching for my New York neighbor, Annie McCarrick, the outgoing 27-year-old woman who, on March 26, 1993, vanished into thin air.

My thoughts outpaced me, the video in my head playing it back, placing me first at St. Cathryn’s Court, a gated apartment complex in Sandymount, an affluent Dublin suburb, where Annie had once lived. I stood at the gate imagining what it was like twenty-eight years ago. A trim elderly man, eighty-six years young, greeted me, asked if he could be of some service.

“No, but thank you. I’m here to retrace the steps of my neighbor from New York. I’m searching for Annie McCarrick.”

It was a name which elicited a melancholic reaction–sadness crept into the cracks and crevices of the man’s time-worn face. Dolefully, he recounted how her disappearance had shaken Ireland to the core. He inquired about Annie’s family. About to part company, he reached into his pocket, pulled out several coins and placed them in my hand, “Please take this,” he insisted. “I hope it will help.”

It was a short walk into town–past the Sandymount Green, a quaint suburban park where the residents stroll with their dogs and clandestine crows cackle from leafy trees. After years of pouring over accounts of Annie’s last day, I instantly recognized the AIB Bank where she was last seen, her image haunting–frozen in time on a closed-circuit camera. Annie would have been on her own that Friday-one roommate was working; another was out of town. She called a friend that morning, Anne O’Dwyer, to see if she would join her in visiting Enniskerry, a picturesque village at the foot of the Wicklow Mountains. The older woman politely declined due to a health issue.

Annie was off that Friday and had time to shop at Quinnsworth Supermarket, known today as Tesco. I entered the busy store and tried to imagine her shopping here–it was a supermarket like any other. After several phone calls, Annie would return to her apartment at 3 pm where she placed the bag of groceries on the table. She was hoping to prepare a meal for friends the following day. Those groceries would be found later that weekend by the same friends in the exact place she left them.

The No. 18 bus arrives from Dublin Bay’s Coastal Road and stops every twenty minutes near St. Cathryn’s Court. I hopped aboard the bus and fifteen minutes later arrived at the Ranelagh bus station. It was here at this bus station a former co-worker claimed to have seen Annie McCarrick board the No. 44 bus to Enniskerry at 3:40 pm. This witness got off the bus in Milltown several stops before Enniskerry. While waiting patiently for the No. 44 bus I struck up a conversation with a Chinese girl living in Dublin and shared the reason for my journey.

“You’re creeping me out,” she exclaimed.

Embarrassed, I apologized, “I didn’t mean to scare you.” The girl produced an IPhone and, within a few seconds, added, “I found her on Wikipedia. This is so sad. I had no idea.”

An older Midwest American couple doting over their daughter and infant granddaughter heard me talking to the bus driver and asked where I was from. From the gist of their own conversation, it appeared the daughter was working in Ireland and showing her parents around. Apart from the child, the similarity to Annie and her parents was not lost on me.

I could understand Annie’s fondness for Enniskerry. Located in County Wicklow, it retains an Irish charm and an abundance of fresh air blowing in off the mountains. A legacy from the town’s Church of Ireland, Powerscourt Estate and a nearby waterfall have drawn tourists and movie crews over the years. The town’s shop keepers were keen to tell me not only had the movie Disenchanted just finished filming in Enniskerry but the Disney Company had added a fresh coat of paint to many of its homes.

On that fateful day in March 1993, there were two unconfirmed sightings of Annie McCarrick in Enniskerry–one by an attendant at the local post office who claimed she sold stamps to a woman resembling Annie; the other twenty-five years after the fact from the daughter of a woman working at Poppy’s Cafe. The daughter said her mother recalled a man and woman enter the cafe in the late afternoon. After the man ordered a slice of cake, the couple exited the cafe. The witness insisted she had provided her account to the police in 1993 but never heard back. She has recently passed away. Time is the investigator’s worst enemy.

Hailing a taxi in town, the driver, Dennis, and I ascended into the Wicklow Mountains. For the first time I came face to face with the enormity and vastness of these mountains. It was one thing to read about them, quite another to peer into the magnificent detritus the Ice Age glaciers had left behind–granite hills and mountains, ribbon lakes, streams, forests and always a thick carpet of slippery leaves, wild climbing ferns and impenetrable overgrown vegetation. I felt a sinking feeling in the pit of my stomach. It would not be especially hard to make people disappear in the Wicklows.

“God help them,” I thought, “if Annie and the other women lie beneath all this.”

Dennis stunned me by saying he had been in contact with a clairvoyant who claimed to know where Annie and the other girls were buried. My first instinct was to say “crazy.” Still I thought, keep an open mind…you never know.

“I could take you to the place if you like. I’ve been to this field.”

“Are you going to charge me extra for this trip?” I asked.

After a twenty-minute drive through the deepest mountain woods, we stopped and alighted from the vehicle. I followed the burly taxi driver wondering if, in fact, this was such a good idea. As we sidestepped consecutive rusted gates, one with barbed camouflaged on a post within a a tangle of weeds, we came to a clearing surrounded by fir trees.

“If you stop and listen, you will hear the sound of water, that’s what the clairvoyant said…this is the place.”

“I closed my eyes and thought I could hear the sound of water. Opening my eyes, I realized I was listening to the whisper of wind in the branches.”

“Dennis pointed to the ground, “She said they are underneath our feet…crying out to be released.”

I took a several still photos and video. You just never know.

A few days later I was back in Enniskerry working on a documentary film. During a break, the proprietor of a local shop asked if he could have a word and led me to a table in a closed off room of his establishment.

The silver-haired man proffered a titillating tale which involved a source who knew a source who knew another source that was connected to a “person of interest.” That was going to be some onion to peel back. As an investigator, you listen to people and let them talk. If you have time, you may point out discrepancies in their story and start again. I asked the man if he would be amenable to discussing this new information with a police contact in Dublin. He agreed without hesitation. I thanked him for coming forward even at this late juncture. His was not the only story I heard during my stay–there was even a well-known psychic who declared with absolute certainty she had “channeled” Annie’s energy and knew her whereabouts. Far-fetched? Yes. Worth following up? Certainly. Unflinchingly, she consented to share her story with the police.

I waited alone in the parking lot for the bus to return to Dublin. Fleecy dark clouds stained the blue sky, and a puff of wind roused the treetops swaying in unison. If there were any consolation, Annie and the other women were out there in the Wicklow Mountains resting in a beautiful place. For the others, the Irish girls, familiar ground, their plot on native soil. For Annie, lovely indeed, but so very far from home. So very far… 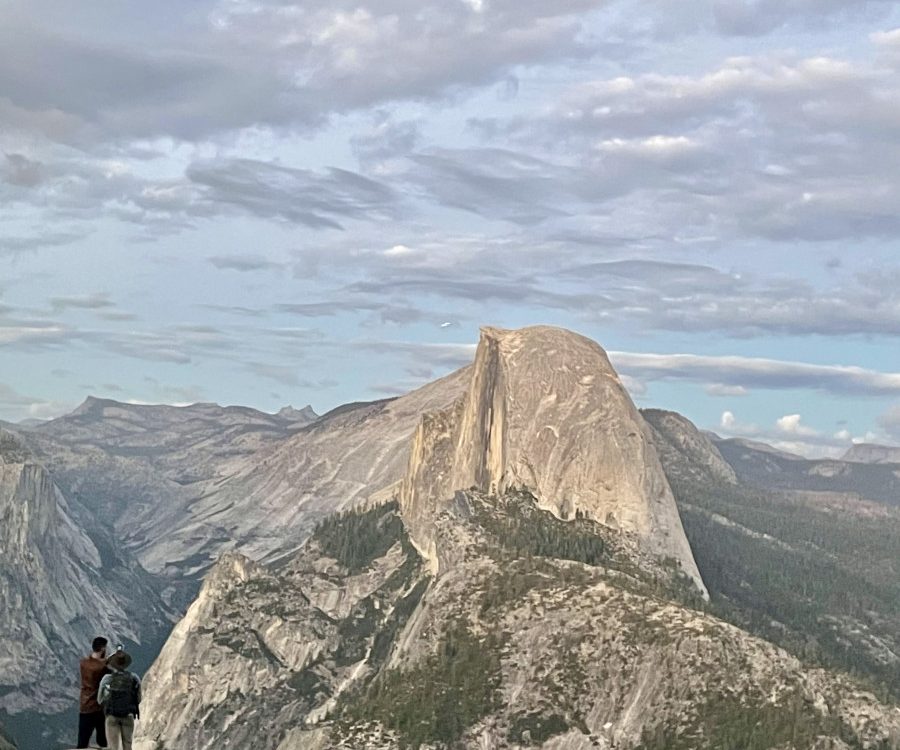